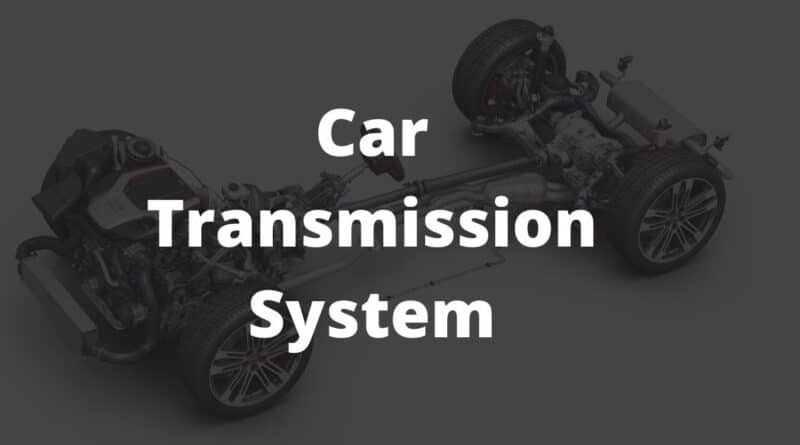 The transmission system is a mechanism that transmits power from the engine to the driving wheels. It transmits power and torque through the clutch, gear-box, propeller shaft, a differential. By gearbox, it gives four, five or six different ratios of torque output to torque input.

Components of a transmission system and their function

Clutch transfer the torque from the engine to the drive train. In a manual transmission, a driver uses a clutch pad to disconnect the engine to the gearbox while standing still or changing gears. When a vehicle is running clutch can provide 100% efficient connection between already spinning engine and input spine of the transmission, ie: gearbox.

Gear Box regulates speed, torque and direction of the vehicle. Torque output will be the inverse of the speed of the vehicle. If the engine is directly coupled to the driving axle, the engine speed might be very low. At starting a vehicle needs more torque and less speed. If the driver increase speed it needs less torque. Gear Box provides this transition very smoothly.

It provides the necessary holding variation between the engine and the road wheels.

The universal joint provides to the car transmission system for the relative movement between the engine and the driving wheels due to flexing of road springs. Universal joints allow driver shafts to move up and down with the suspension while the shaft is moving, so that power can be transmitted when the drive shaft isn’t in a straight line between the transmission and drive wheels.

The vehicle with rear-wheel-drive have universal joints at both ends of the drive shaft.

Two wheels of a vehicle must be rotated at a different speed while turns a corner. When a vehicle goes through a corner, the inner wheel travels a shorter distance than the outer wheel, for that without a differential either the inner wheel rotates too quickly or the outer wheel rotates too slowly, which results in unpredictable handling, damage tires and roads, and strain on the drivetrain.

The differential allows a pair of the wheel to rotate at a different speed to maintain traction. The time while taking turns, the driving wheels must turn at several speeds.  Differential helps to do this.

Functions of a Transmission system

1. To connect the engine to the wheels ( Driving Wheels) without shock.

2. To disconnect the road wheels to the engine when needed.

3. To increase and reduce engine speed permanently into a fixed ratio.

4. To vary the support between the engine and the driving wheels.

5. To turn the drive through a right angle.

1:  The engine power to the front axle which is nearer the engine.

i:  The propeller shaft is eliminated and the link for the clutch and the transmission is simplified. This results in:

ii:  Obviously pull is a better option then push. In this case, the engine pulls the car, avoiding skidding chances and providing safety especially on the snow-covered road.

iii.  Larger part of the weight of the automobile is taken on the driving wheels.

i.  The front driving wheels have to be steered also,  it makes complicated the whole arrangement.

ii.  Ordinary universal joints would give large speed fluctuations so, two constant velocities have to be used in this case.

iii.  Also the component of the automobile weight on the driving wheels is reduced when going up steep gradients.  This results in a decrease of tractive effort bro when it is needed most.

iv.  Concentration of weight at the font tends to make the steering slightly heavier.

v.  The front axle supports about two-third of the vehicle weight and front-wheel drive vehicle, thus contributing to understeer.

vi.  Torque steer tends to some front-wheel-drive cars to pull the left or right under hard acceleration. Torque steer can be a problem.

2:  This type of arrangements comes with rear engine and rear axle as the live axle

i.  The problems with front-engine and front-wheel drive while going up the slopes is solved in this type of arrangement.

ii.  Giving better traction through improved road adhesion while going up because of the increase of weight on the driving wheels.

iii.  This arrangement simplifies front axle construction which is used for steering only.

iv.  Chassis height decrease because the propeller shaft is absent.

v.  This arrangement allows to carried away noise and heat from the passengers. And the front of the vehicle can be designed better because of the absence of the engine.

vi.  The exhaust and the silencer pipe can be more compact.

i.  The vehicle becomes unstable at high speed because of the rear-engine arrangement.

ii.  Engine operating is quite complicated.

iii.  Cooling efficiency is reduced due to positioning of the engine at the rear.

iv.  Sometimes oversteering conditions which are very sensitive to crosswinds and is considered somewhat dangerous because of the lightweight front side.

v.  Servicing and repair take a longer time with this arrangement.

vi.  In this arrangement the petrol tank placed in front of the car,  it may be dangerous in case of a collision.

3:  In case of jeep and military vehicle,  who have to operate on rough ground,  generally all the four wheels are the driving wheels.

This type of system designed for full-time all-speed driving,  mainly on rough surfaces and so have no transfer case. All-wheel drive reduces wheel slippage and provides greater driver control over the vehicle.

Four-wheel drive systems have a two-speed transfer case which is designed for mainly low-speed off-road driving.

Only the rear wheels are driven in normal condition and all-wheel drive is basically for extreme condition. The front-wheel-drive may be disengaged when not required.

The main advantage of four-wheel drive is when the vehicle falls into a ditch, they can be driven out easily. In the case of the ordinary drive (two-wheel drive), the car will have to be reserved in such a situation but even then it will not be certain always that the front wheels would come out.

This arrangement has to be paid more than other arrangement and it takes extra fuel consumption.

4: In the case of commercial vehicle (six wheels & more):

The vehicles where heavy loads have to be carried six wheels (and more) are used instead of four. In this arrangement, the possibility of skidding is reduced because of additional adhesion between the road and the wheels. This is done in two ways:

a. Two rear axle are used instead of one.

(The only problem of this arrangement is faced when changing the inner wheels.)

b. A single rear axle carrying two wheels each side. 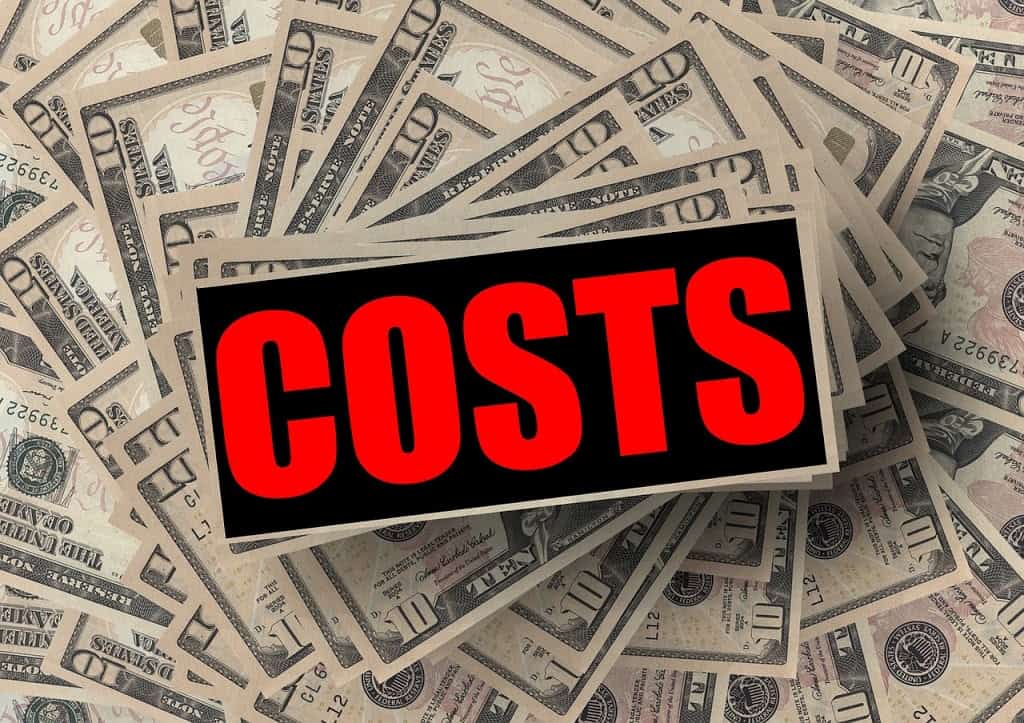 What is cost and revenue in economics?, Types of cost, Revenue calculation formula. 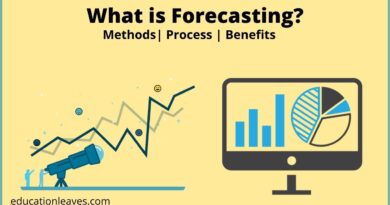 What is Forecasting? methods, process, PDF 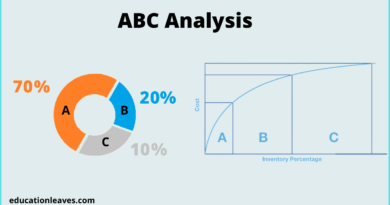