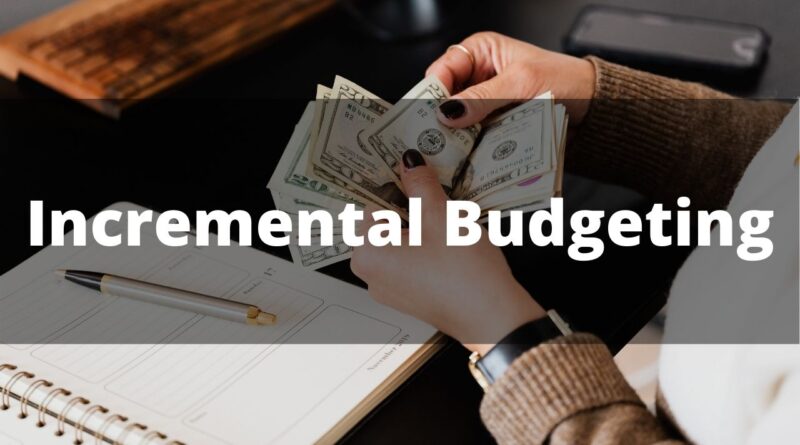 Incremental budgeting is an important part of management accounting. It involves changing an existing budget to have a new budget. The budget used for the present year acts as a base for the upcoming year’s budget allocation. The theory is that all the departments will work based on the current estimation, and in case of any extension, it will be in the next budget.

Incremental budgeting is a budgeting process that is based on the idea that a new budget can best be developed by making only some marginal changes to the present budget.

With incremental budgeting, we use the present budget as a base to which incremental assumptions are added or deducted from the base amounts to fix new budget amounts.

Incremental budgeting allows you to use the past year’s evaluations to the estimated base for the present financial year.

The next step is to check for any increase or decrease from the past year and accumulate for the upcoming year. This incremental budget model works well for broad organizations since they have funds allocated and experience minor fluctuations.

The best incremental budgeting example would be educational institutes and organizations because of their long-term funded projects.

Why Go for Incremental Budgeting

Management goes for this type of budgeting if it does not require too much time on preparing budgets. Also, businesses go for this approach if they don’t need to carry thorough re-assessment of the operations.

One can say that less competition in the segment is one significant reason inspiring companies to go for this approach. Since there is no rivalry, a company doesn’t feel the force to do anything extra. So, it proceeds with a similar budget.

If you are looking for a simple budget to implement, incremental budgeting is for you. You do not have to send your department managers to any special training in order to use this budgeting system. It is easy to learn and the process can be completed within a very short time.

Easy to see Impact of Change

Using this budgeting system, we can see quickly the impact of change. For example, the rise of $150k in staff costs for the aforesaid school can immediately be traced back to the employment of two new staff members and a 7% pay increase because everything else in the staff salaries budget remained constant.

Incremental budgeting ensures that departments are operated in a rational and stable way for long periods of time. The dependence on the characters from the budgets of previous periods assures the budgets remain fairly consistent and relatively stable over upcoming periods.

Incremental budgeting can help ensure that funding remains stable over time, as values are relatively easy to project. This can be useful for companies with projects that involve funding for several years.

This budgeting approach allocates equal incremental changes to the budget from one year to the next. Therefore, departments within a company are not dragged into a position of competing with each other to get a larger part of the budget.

It considers only negligible changes from the preceding period, when there may be significant structural changes in the business or changes in its environment that call for much more important budget alterations.

It fosters an attitude of “use it or lose it” regarding budgeted expenses, since a drop in expenses in one period will be reflected in future periods, too.

When the budget is driven forward with little changes, there is little incentive to comprehensively review the budget, so that inefficiencies and financial slack are automatically rolled into new budgets.

If a specific amount of funds were given to a peculiar business area in a prior budget, then the incremental budget ensures that funding will be allocated there in the future, too – even if it no longer requires as much funding, or if other areas need more funding.

Since an incremental budget allocates most funds to the same uses each year, it is hard to get a huge funding allocation to direct at a new activity. Therefore, incremental budgeting fosters conservative maintenance of the status quo and does not support risk-taking.

Overspending is the biggest drawback of the incremental budgeting approach. It is a known fact that each department struggles to get as much funds as it can to support its operations. So, if incremental budgeting is in use, the department will try to contribute as much money as they can to assure that they get a similar amount for the next budget.

If the past budget allocates a specific sum to a particular business unit, then the new budget will also grant funds to the same unit even if the unit doesn’t need it, or needs a minor amount.

This type of approach may discourage the production of innovative ideas. Since new budgets are based on characters from past budgets, there is little room for the financing of completely new ideas or exercises. Thus, the budgeting process discourages the implementation of new ideas and promotes a conservative business environment.

Incremental Budgeting VS Zero Based Budgeting

Zero-based budgeting doesn’t look at the previous picture but starts from the assumption of a zero base; that is an empty sheet of paper. It avoids any expenditures that are not considered being necessary to operational success.

The major difference between zero-based budgeting and incremental budgeting is that the latter uses existing figures, whether it’s last year’s actual or this year’s prediction, to calculate the budget. It then deducts or adds a percentage based on present market trends. 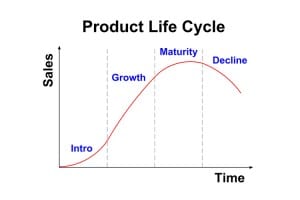 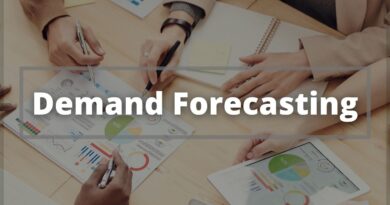 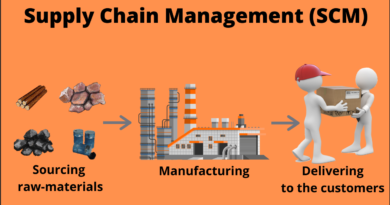